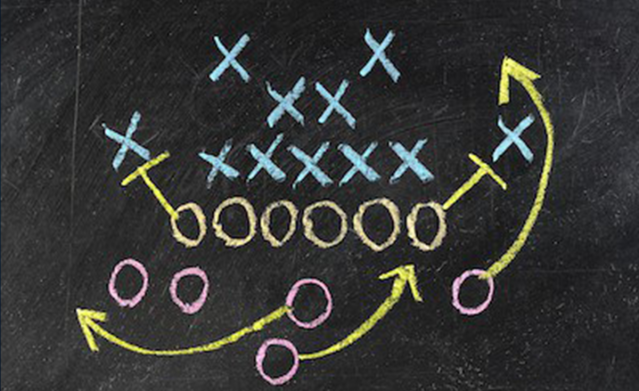 My playbook has only one play in it: Give the ball to Jesus.

I don’t have an onside kick, a fake punt, or a reverse. I have just one strategy: Put Jesus in.

I don’t have a Top Secret play that I have been working on. I don’t have Shooter run the Picket Fence. I don’t have Daniel-san do the Crane Kick. I have the same play we’ve always used: Pass it to Jesus.

Ever watched a game where one athlete is just heads and shoulders better than everyone else? Its almost not fair. We all watched as Shaun White and Chloe Kim just crushed everyone at the PyeongChang Winter Olympics the other night. They take it to the next level. They are just that good.

We have Someone on our team that is heads and shoulders better than everyone & everything we will ever face. INFINITELY BETTER!

Why in the world would you not put Him in the game? Why try to take on the devil and his demons all by yourself? It’s like leaving Michael Jordan on the bench and telling him, “Don’t worry, Mike. I got this.”

Seriously man, are you insane?